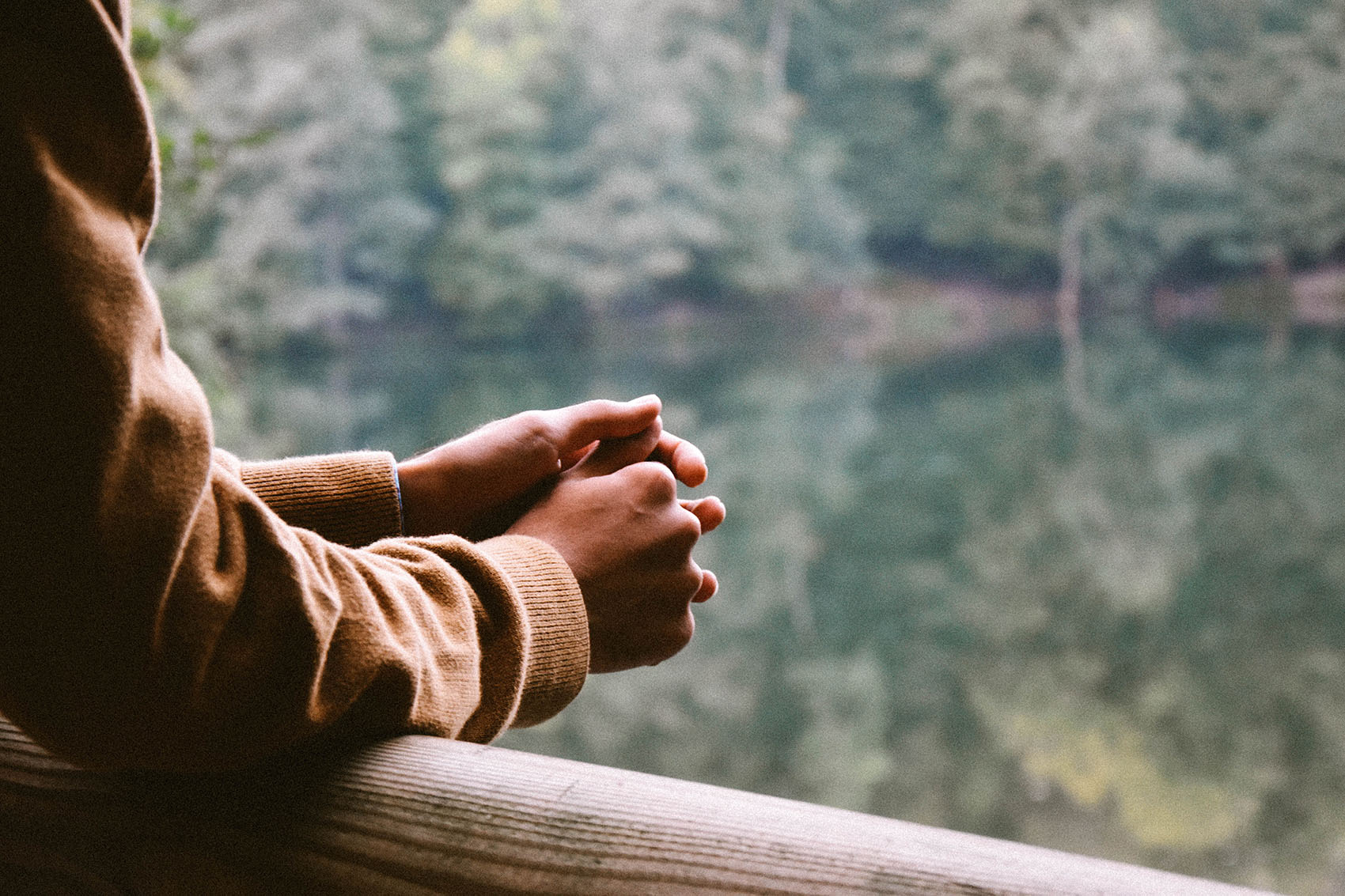 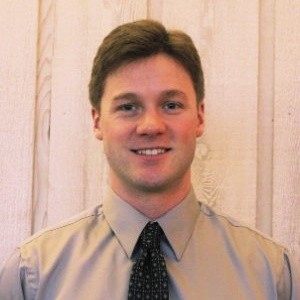 Markets fell this week as the Fed sounded a warning concerning economic developments. In positive news, U.S. states have continued to permit further non-essential business openings in spite of the continuing Covid-19 threat. Equities finished the week down after mixed economic data and the Fed prompting caution. Healthcare led the S&P sectors this week, finishing ahead of consumer discretionary and communications to round out the strongest sectors. Analysts will likely continue to observe production and consumption adjustments made by market participants closely after shutdowns begin to wind down. Tensions with China continue to be an unknown and will likely remain in focus. Unemployment is likely to remain elevated for several more weeks, but economic activity is likely to begin a slow and steady return to normal in the coming weeks and months. Infection data is becoming more accurate as testing becomes more widely disseminated, helping to better assess economic options.

Markets fell this week, with major equity indices bringing negative returns. Fears concerning global stability and health are an unexpected factor in asset values, and the recent volatility serves as a great reminder of why it is so important to remain committed to a long-term plan and maintain a well-diversified portfolio. When stocks were struggling to gain traction last month, other asset classes such as gold, REITs, and US Treasury bonds proved to be more stable. Flashy news headlines can make it tempting to make knee-jerk decisions, but sticking to a strategy and maintaining a portfolio consistent with your goals and risk tolerance can lead to smoother returns and a better probability for long-term success.

Chart of the Week

Industrial output had a disastrous month in April, registering the worst monthly decline in the history of the measurement. The manufacturing sector has been devastated by Covid-19 shutdowns leading to abysmal output.

Broad market equity indices finished the week down, with major large cap indices outperforming small cap. Economic data is still predominantly negative, but the first steps needed to see leveling out are being taken, as multiple U.S. states have reopened their economies and more are poised to do the same this month.S&P sectors returned almost unanimously negative results this week, as broad market movements showed investors retreating from almost all sectors. Healthcare led the best performing sectors, followed by consumer discretionary, returning 0.88% and -1.03% respectively. Real estate and energy performed the worst, posting -7.26% and -7.61% respectively. Technology leads the pack so far YTD, returning 1.83% in 2020.

Commodities rose this week, driven by large gains in oil. Oil markets have been highly volatile, with investors focusing on output and consumption concerns. Global fears surrounding the virus outbreak have stoked demand concerns, as a significant impact on energy demand is expected as a result. Demand is likely to recover slowly, as countries around the globe have begun re-opening their economies. The supply side of the equation is likely to face reductions in output, as lack of storage may continue to be a problem.Gold rose slightly this week as markets reacted to information surrounding Covid-19 and global trade. Gold is a common “safe haven” asset, typically rising during times of market stress. Focus for gold has shifted to global macroeconomics and public health concerns. Weakening real currency values resulting from massive stimulus measures may further support gold prices.

Yields on 10-year Treasuries fell from 0.68% to 0.64% while traditional bond indices rose. Treasury yields fell in spite of efforts to contain the spread of Covid-19, as investors exhibited caution in light of the Fed’s warnings. Treasury yields will continue to be a focus as analysts watch for signs of changing market conditions.High-yield bonds fell this week, causing spreads to loosen. High-yield bonds are likely to remain volatile in the short to intermediate term as the Fed has adopted a remarkably accommodative monetary stance and investors flee virus risk factors, likely driving increased volatility.

Lesson to be Learned

Invest for the long haul. Don’t get too greedy and don’t get too scared.”
-Shelby M.C. Davis

It can be easy to become distracted from our long-term goals and chase returns when markets are volatile and uncertain. It is because of the allure of these distractions that having a plan and remaining disciplined is mission critical for long term success. Focusing on the long-run can help minimize the negative impact emotions can have on your portfolio and increase your chances for success over time.

Brookstone has two simple indicators we share that help you see how the economy is doing (we call this the Recession Probability Index, or RPI), as well as if the US Stock Market is strong (bull) or weak (bear).

In a nutshell, we want the RPI to be low on the scale of 1 to 100.  For the US Equity Bull/Bear indicator, we want it to read least 66.67% bullish. When those two things occur, our research shows market performance is strongest and least volatile.

The Recession Probability Index (RPI) has a current reading of 69.42, forecasting a higher potential for an economic contraction (warning of recession risk). However, with the unique economic circumstances caused by COVID-19, many economic indicators are expected to turn more negative as data is updated throughout the next month, which will increase the probability for a recession from the current reading. The Bull/Bear indicator is currently 0% bullish – 100% bearish, meaning the indicator shows there is a slightly higher than average likelihood of stock market decreases in the near term (within the next 18 months).

This week has fewer economic releases compared to last week, but will still see updated manufacturing PMI numbers as a high impact release. Additionally having a large impact will likely be testimony delivered by Fed Chair Powell to congress. More to come soon. Stay tuned.

More from the Blog 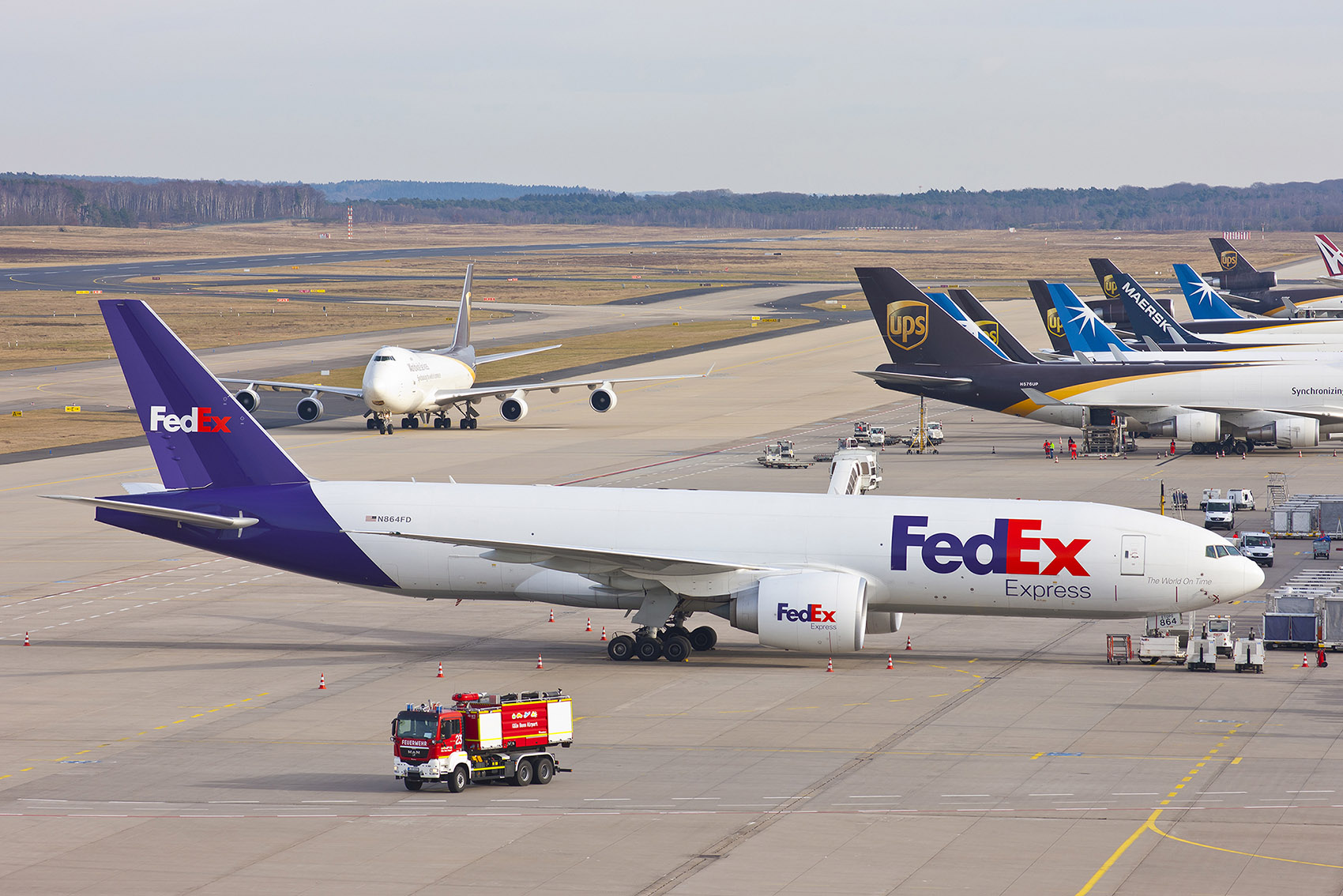 Your Pfizer Order Has Shipped 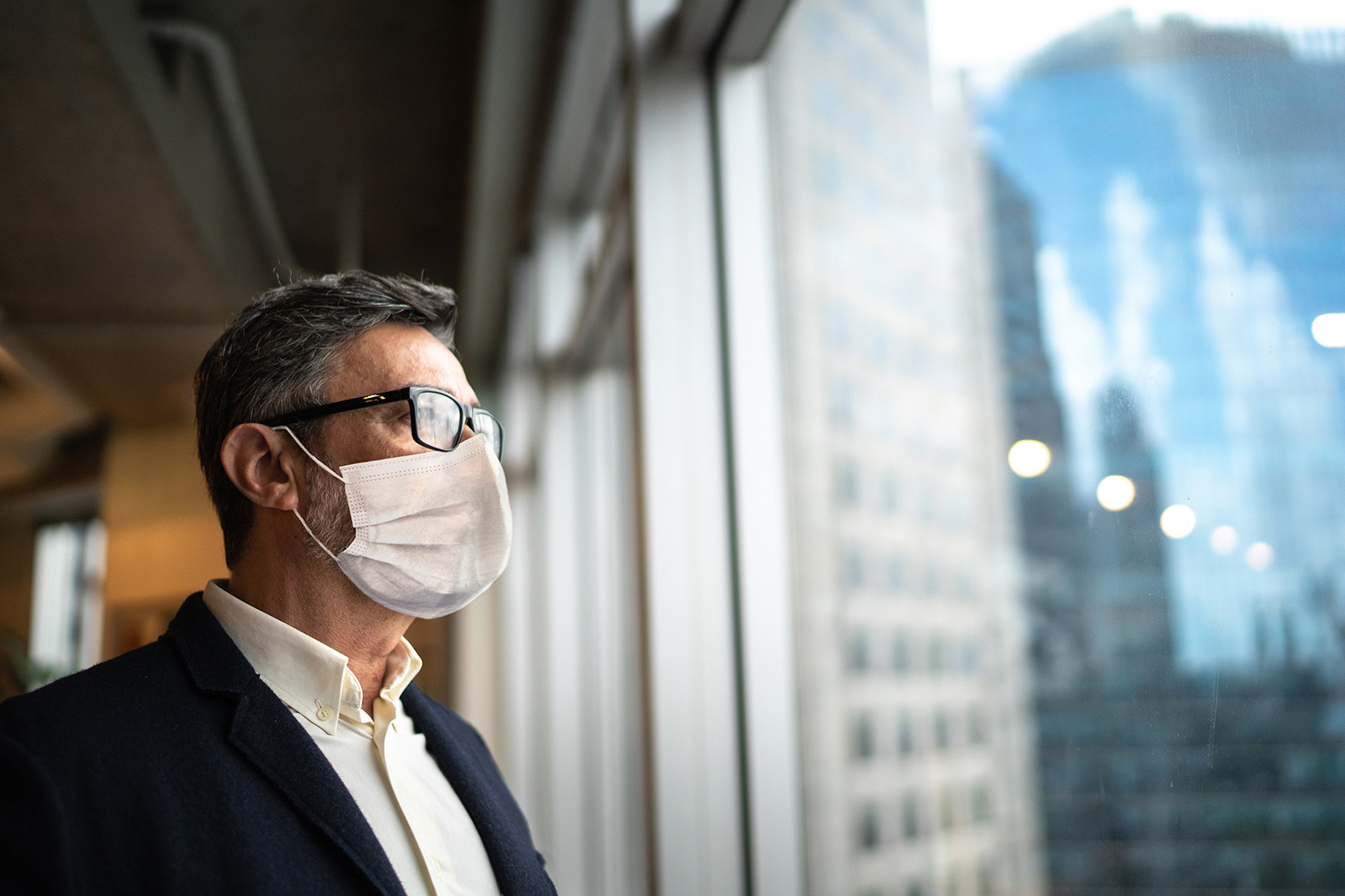 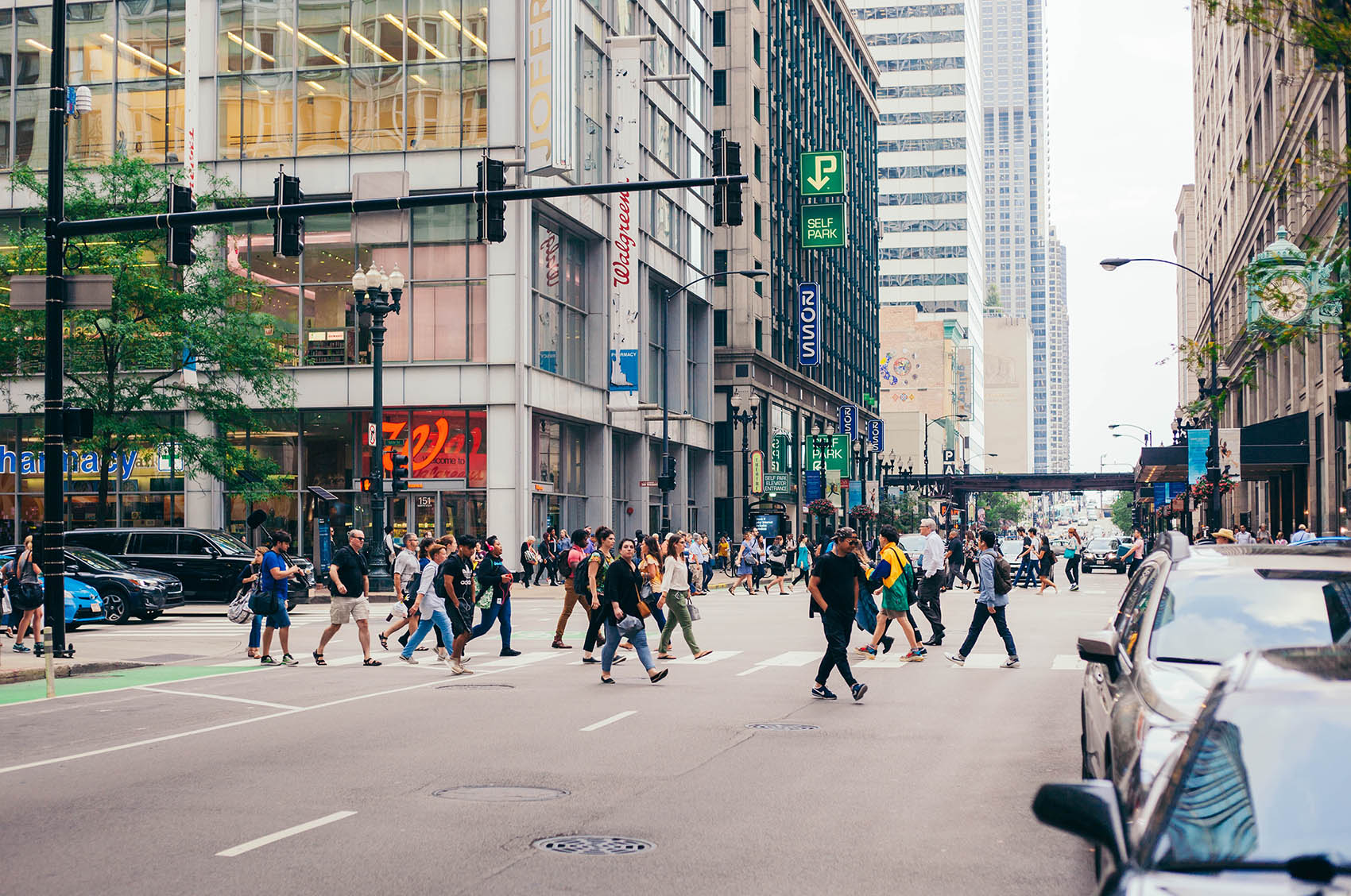 When Will Business As Usual Resume

Markets jumped for the second consecutive week this week as the novel coronavirus Covid-19 continued to weigh on the global economy...

Market insights in your inbox.

Sign up below to receive our weekly market analysis, advisor training resources, event announcements, and much more.
Got it! You've been subscribed.
Oops! Something went wrong while submitting the form.
We will never share your email address with third parties.